Kevin Murphy was the first person to complete 32 crossings. 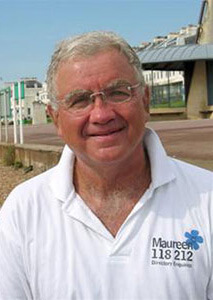 Kevin Murphy became the first Briton to complete a double crossing of the English Channel, which he has done three times, and set the record of 11 hours and 21 minutes for crossing the Irish (North) Channel from Northern Ireland to Scotland.

Kevin currently serves as the Honorary Secretary of the Channel Swimming & Piloting Federation and President of the International Marathon Swimming Hall of Fame. He is a member of the Half Century Club and the 24-hour club, and is a renowned reporter in Great Britain.

One of his well-known quips about his own marathon swimming is that he is going for a little dip.

To read more about Kevin Murphy's Biography and his achievements, please visit his Openwaterpedia page. 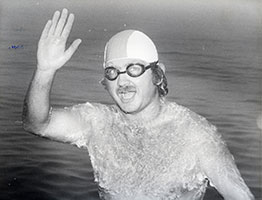